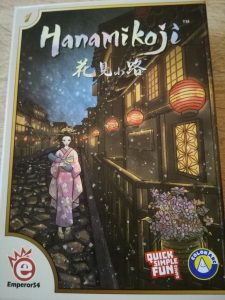 Hanamikoji Dori is the well-known district of geisha in Kyoto, the old capital of Japan. These female artists are very famous for their performances, requiring years of training. Music, dance, art, in many ways, they entertain everyone.
In this game, two players will compete to gain the favors of seven Geisha masters, by collecting the performance items they are the best at.

Hanamikoji plays in few rounds of 4 actions each. Until one player has won, players will draw a card in turn and play an action. When both players finished their action, they will score and check whether one as won.  You won if you have the favors of four of the seven Geisha, or by having 11  influence or charm points.

Hanamikoji artwork was done a young Taiwanese artist called Maisherly. The game looks absolutely stunning. Check out this article,  you can find out more about Maisherly and see some of the original drafts and art styles she has done for the game.

Overall, as I said, the artwork is stunning and the game is really beautiful. If you are somewhat interested in Japanese culture or art, I would highly recommend this game.

The game is composed of the following elements: 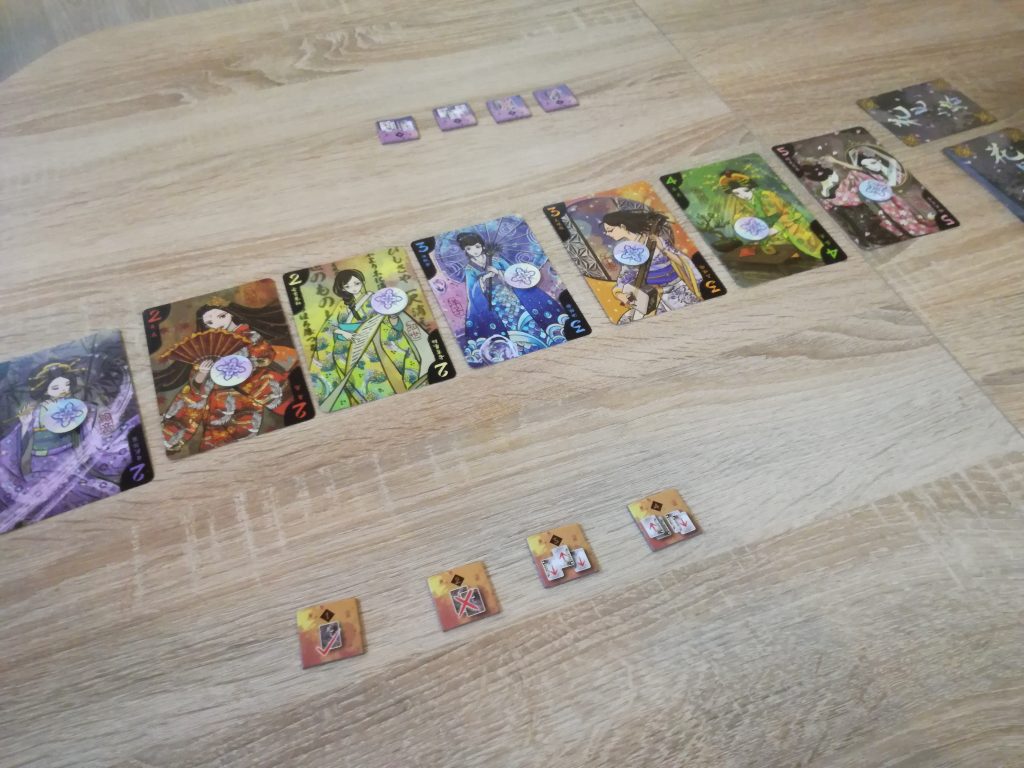 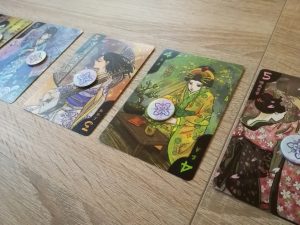 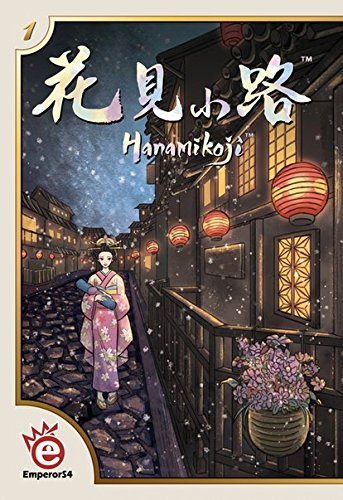 Each round of Hanamikoji game consists of 3 phases.

The first player will randomly remove one item of the deck. This item is secret – neither player should know which one this is – and will not be used for this round. Deal 6 cards to each player.

If you are the first player, you will draw a card and will choose one of these four actions to perform:

Once a player uses one action, he flips the action marker over and cannot use it again during this round.

The players then alternate “draw a card” then “play an action” until they both have played all their actions.

When scoring an item, a player needs to put it on his side, under the geisha using this item.

After the action phase, players move to a scoring phase: looking at every geisha, check who has the most items. Move the victory token on the side of this player who will receive the favor of the geisha. If there is no card or a draw, the token doesn’t move.

And you’ll soon realize this is where the trick is. Every round, the balance in the victory points may change. Make sure not to lose the favors you gained!

You will now check if anyone has won the game.

No? Then take the left-over item back in the deck, shuffle the deck and the second player becomes the first and the next round can start. Secretly remove an item and start again.

Learning the rules takes no more than ten minutes and the game about the same amount of time. Yet, once you realize the limited number of each item, you will soon learn to make careful decisions.

You will initially be tempted to score the highest items, and yet, if your opponent thinks the same, neither of you will score. This can be a good strategy, but yet: wouldn’t you want to try for the geisha of value 4 instead?

And will you first offer a gift to your opponent, to test his strategy? Or will you discard two cards too early?

All those decisions craft the turn, and the game. You’ll need to read your opponent, and learn to change your strategies: play always the same way and you’ll be beaten. Be unpredictable, and you stand your chance.

Fifteen minutes later, you’ll find yourself shuffling the item deck again, going for a rematch. And again. And soon enough, an hour will have gone by and you’ll want to play again.

In this game, two players will compete to gain the favors of seven masters, providing them with the items they are the best with. You will need to learn to read your opponent, tease him with opportunities and yet, outsmart him with your bluffing skills.